Home Technology Game Wii U Pro Controller Features and How to Sync it with Wii...
TechnologyGame 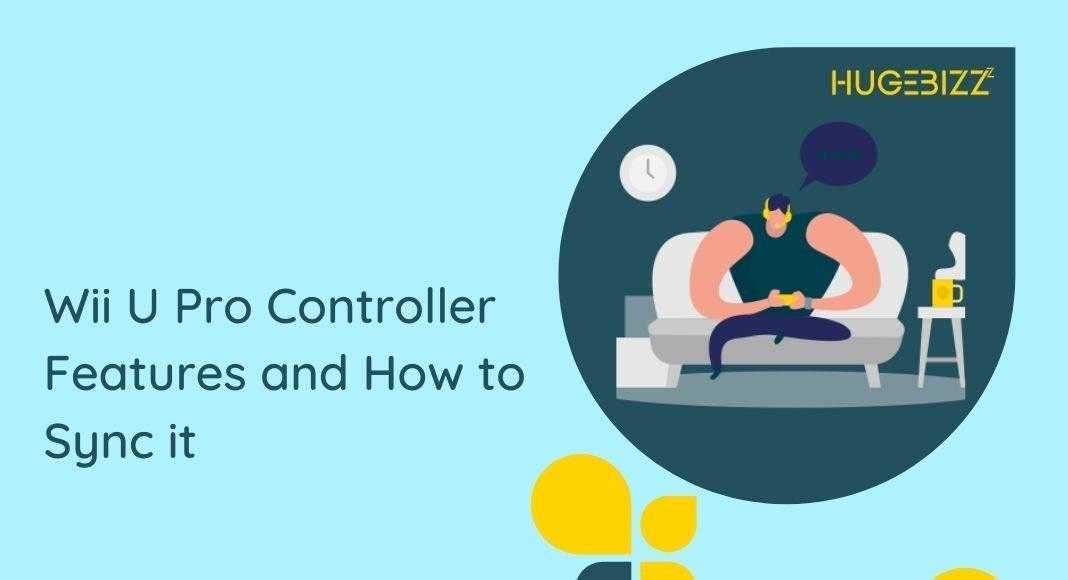 The trend of gaming consoles is on the rise nowadays. The use of technology and graphics is next level and the future of gaming is going to be insane. People who are hardcore gamers are always excited about any new game launching in the market.

There are various gaming consoles offered by different companies and all of them offer their gaming controllers to execute and enjoy the gameplay. Today we will discuss Wii U Pro Controller by Nintendo.

If you are a game lover, you must know Nintendo very well. But if you haven’t heard about it, then let me tell you that Nintendo is a multinational video game company in Japan. It has produced many popular games on its 16-bit video game console “Nintendo Entertainment System”. The most popular and successful game was Super Mario. Now, you might have remembered all the childhood memories after hearing the name Mario.

Wii and Wii U Home Gaming Console by Nintendo

Nintendo has created many other gaming consoles. They developed Wii Gaming Console and launched it in November 2006. It was their fifth major home game console and the first console to directly support Internet connectivity.

The primary controller for the Wii console was the Wii Remote. It was a wireless controller that had both traditional controls as well as motion sensing. The Wii was extremely popular at launch and as of 2021, the Wii is the fourth best-selling home console of all time.

When Nintendo recognized several limitations and challenges with the Wii gaming console, they wanted to enhance the gaming experience of hard-core gamers. The company planned some additional features for the Wii home console.

In 2012, they launched Wii U which was the successor of Wii. It was the eighth-generation video game console that was a strong competitor of Microsoft Xbox One and Sony Playstation 4. The main highlight of this console was that it could support HD graphics.

The Wii U GamePad is the primary controller for the video game console. It contains traditional buttons and dual analog sticks as input methods as well as touchscreen and motion controls. The display is 6.2 inches resistive touchscreen. It also has a front-facing camera, accelerometer, gyroscope, and magnetometer.

The Wii U GamePad can be used in conjunction with other controllers compatible with the console, such as the Wii Remote Plus or Wii U Pro Controller. The GamePad communicates with a Wii U console over a modified Wi-Fi protocol and it can stream the content on its display using the hardware decoder. It was an innovative gaming controller and people appreciated Nintendo for the backwards compatibility of Wii U GamePad with Wii software and peripherals.

One of the most popular games that people enjoyed playing with the Wii U GamePad was the crossover fighting game Super Smash Bros. It was the fourth edition of the series that was specially developed for Nintendo 3DS and Wii U video game consoles.

The Nintendo Wii U Pro Controller, model number WUP-005 is the secondary controller for Wii U video game consoles, released in 2012. It was bundled with the Wii U gaming console as well as sold separately. It features dual analog sticks and an ergonomic button layout.

The Wii U system allows connecting to up to 4 Wii U Pro Controllers at one time. During the launch, many video game journalists expressed that it was similar to Microsoft’s Xbox 360 Controller. The design contains rounded wings, solid triggers, and bumper face buttons. But, Nintendo stated that the design of the Wii U Pro Controller is an enhanced version of the Wii’s Classic Controller and it will offer a richer gaming experience to all the hardcore gamers.

Xbox 360 controller runs on either AA batteries or a rechargeable battery. Whereas Wii U Pro Controller consists of a 1300 mAh CTR-003 battery that is similar to Nintendo 3DS. It lasts up to 80 hours and you can plug it into any USB port whenever you need to recharge the battery.

How to Sync Wii U Pro Controller with Wii U Console?

Reasons To Get A Graphic Design Degree

Whether you need a degree in graphic design course is a much-discussed topic in the industry. Although there are many pros and...
Read more
Technology

How to drive an automatic motorcycle for the first time?

Driving a motorcycle for the first time may seem difficult, but with the basic care and knowledge it is very easy and...
Read more
Business

All you need to know about the transmission line accessories